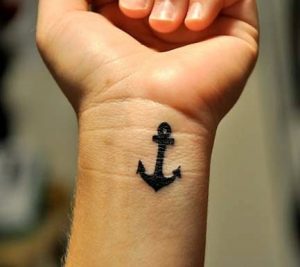 While tattoos are becoming more and more acceptable within mainstream culture, there is little doubt that sailors were among the first groups to accept and embrace tattoos.

With the renewed interest in classic or retro tattoos, it is no wonder that nautical tattoos are among the most popular tattoos today.

Anchor tattoos were traditionally reserved for those in maritime military service, but today they are currently enjoying a resurgence in popularity much like their cousins the nautical stars, sailing ships and swallows.

Historically, the anchor tattoo had a clear meaning: it was the mark of a sailor who had sailed the Atlantic Ocean. The popularity of the anchor tattoo among sailors was certainly understandable: aside from being a “tool of the trade,” the anchor is an obvious symbol of stability and groundedness — two things that a sailor in perilous waters may long for.

Over time, regional variations in the style and color of the anchor tattoo developed, each with their own meanings among sailors. 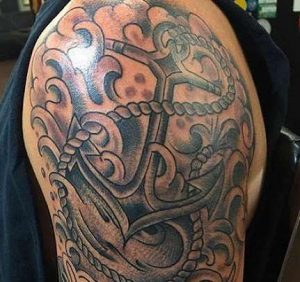 Anchors also have a connection to Christianity. In times when Christians were persecuted for practicing their faith, the anchor (with the horizontal bar beneath the ring) became a secret symbol of the cross — a connection which is certainly not lost in some anchor tattoos. 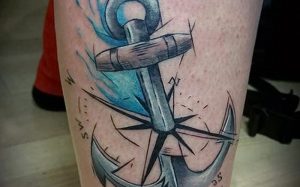 Today, people of all professions may find some connection to the anchor tattoo simply as a symbol of steadfastness and stability. Some incorporate text or other images with the anchor to give special significance to their tattoo.

The anchor tattoo has proven to be very versatile both artistically and in meaning. There are nearly as many variations on the anchor tattoo as there are people who have the tattoo, and their reason for choosing an anchor are likely just as varied.