History and Origins of Tattoos 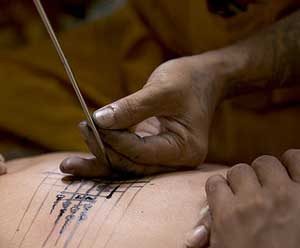 A tattoo is a mark made by inserting pigment into the skin for decorative or other reasons. Tattoos are a type of body modification.

Tattooing has been practiced worldwide for tens of thousands of years in various forms and using various instruments. Tattooing was widespread among Polynesian peoples, and among certain tribal groups in the Philippines, Borneo, Africa, Japan, Cambodia, New Zealand and China.

The Ancient Egyptians wore their tattoos for ritualistic reasons. The first recorded people to get inked are believed to have been in ancient Egypt, somewhere around 2,000 BCE, though more recent discoveries are showing it may have been thousands of years earlier. The first discovered mummies with tattoos were often discarded by excavators as being of “dubious status”.

The instruments used were a bundle of tied-together needles, often made of bone. They used soot, burned wood, or oil for ink. The electric tattoo machine didn’t not come about until 1891.

In the 1600s islanders from the South Seas were brought to Europe and their tattoo work helped to spark a European interest in tattoos. The elite classes began getting tattoos. It is said the Catherine the Great, a Russian ruler, had tattoos and members of the nobility also had discreet body art designs.

During history the popularity of tattoos ebbed and flowed mostly depending on the parties holding the political power at the time.

In those days, tattoos mostly represented religious and spiritual affiliations. In Eastern Europe parents tattooed their children to protect them from the Islam religion. Some Islamic sects believe that getting a tattoo is desecrating the body which is perfect as God created it. Judaism is another religion that prohibits body art.

It is commonly believed that the original root word of “tattoo” comes from the Samoan word tatau, meaning to mark or strike twice.

Tattoos are also referred to as tats, ink, skin art, or work. Tattoo designs that are mass-produced and sold to tattoo artists are known as tattoo flash. You’ll usually see flash sheets on tattoo parlor walls or in tattoo books for customers to browse through.

Usually you’ll be able to view samples of the various artist’s work and also use flash books to pick out your art.