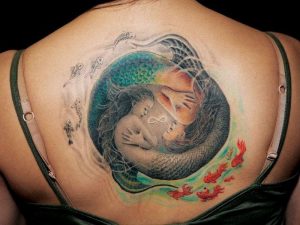 Talk about the zodiac signs and you have to talk about Pisces. 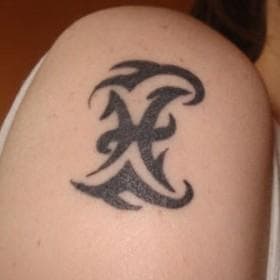 Pisces is a zodiac symbol that is represented by two fish. If you look up into the stars at the right time of the year you can even see the fish clearly in the stars.

As with most zodiac signs and constellations, the story has a basis in the ancient world, and in this case there are a few different worlds that have stories about how Pisces began, including, of course, the Greek world. 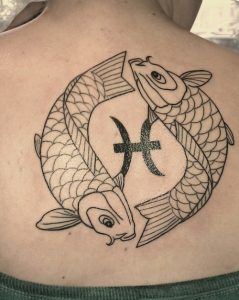 In the Greek myth, the constellation of Pisces is a fish that is connected with the goddess of love, Aphrodite. Aphrodite and her son, Eros, were trying to escape the god of fire, Typhon. In order to do so they transformed themselves into fish. They did not, however, want to lose each other, so in order to make sure that they did not they tied a cord onto their tails. In order to save them, Zeus placed the fish into the stars and kept the cord tied to their tails, as they were when they escaped Typhon.

If you’re looking for Pisces tattoos, there are a few options available for you. 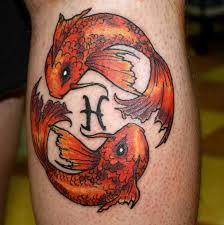 One thing that you can do, and it is something that many people do, is to have two fish placed on your arms. 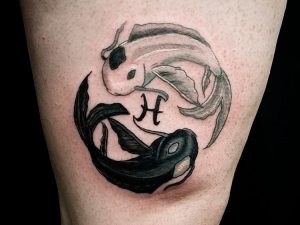 Often people use Koi fish, as these are beautiful fish and very easy to tattoo for most artists. 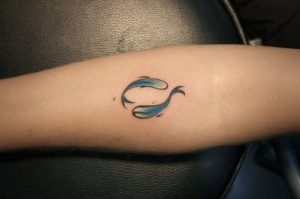 If you do not want to have fish on your body you can, instead, us the Pisces tattoos symbol, which is a unique symbol that you can find online. 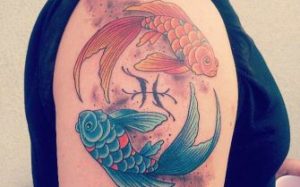 Either way, having a fish tattoo on your body is definitely a great way to show that you’re a Pisces.