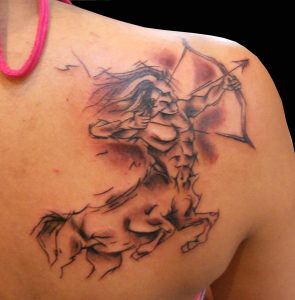 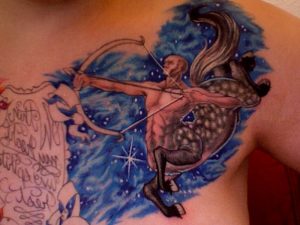 Take the story of Sagittarius. Everyone knows that Sagittarius is one of the members of the zodiac, but do you know why it is a zodiac member, or how the constellation got into the sky? 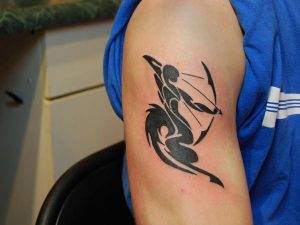 Sagittarius looks like a centaur drawing a bow and arrow, and there are a few stories about how Sagittarius landed in the sky. The Babylonians said that Sagittarius was a god that was exactly that – a centaur-like creature, but they do not tell how he came to be in the sky. 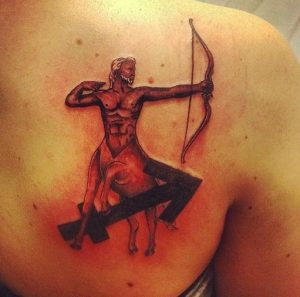 The Greeks, however, said that the centaur was actually Chrion, who was the son of Saturn and Philyra. Stories say that he was married to a woman named Rhea, and that she was extremely jealous. In order escape from her jealousy, Chiron decided to change himself into a horse. Because of this he was immortalized in the stars. 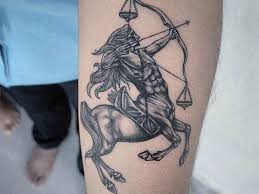 One thing that you’ll notice is that the arrow of the constellation actually points towards the heart of the scorpion, known as Antares. 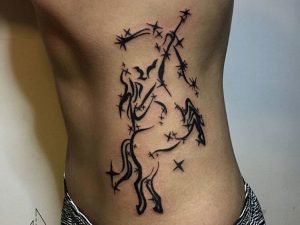 If you’re looking for Sagittarius tattoos there are a number of things that you can do. Having simply the stars themselves connected as a tattoo looks very unique and is a great way to immortalize your zodiac symbol on yourself.

But you can also put the centaur and his arrow as a tattoo as well, and of course one of the most common ways to show Sagittari. 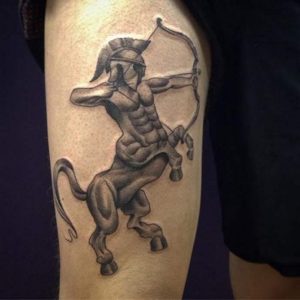