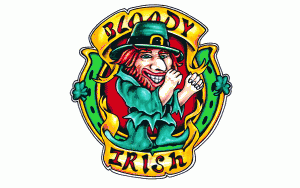 St. Patrick’s Day is the celebration of a man whose dedication to converting pagans into Christians was second to none. It is a marquis Irish Catholic and Christian Holiday for the devout, and a fantastic excuse to act silly for basically everyone else on Earth. St. Patrick was really cheerful and happy, so everyone was always pleased by his visits and associated missionary work. As he was once a pagan convert himself, he spent countless years over multiple decades teaching Christianity and dedicating his life to this missionary work, setting up monasteries, schools and churches. And passing on to people his good will and “shamrockin’” cheer along the way.

St. Paddy used the shamrock as a physical representation of the concept of the Holy Trinity, or rather three separate entities existing as one. Using this simple “learning mechanism” as it was, he simplified the concept of the Trinity and was able to convert more believers through its application as a tool for easy and fast comprehension.

On March 17th, 461, St. Paddy sadly made his way to the great beyond, (probably drinking an Irish Stout during his flight), and thusly officially established St. Patrick’s Day as an official (and now international) Holiday. Thanks to him, we now all have a sweet excuse to rock out every March 17th – no complaints here.

It is of course also an excellent day to check out all of the amazing Irish tattoos out there you could get inked. Getting your favorite Irish tattoo design inked on St. Patrick’s Day is about the greatest honor you can pay to the day, and the great man behind it. You rarely remember what you drank or did on St. Paddy’s day, but the sweet tattoo you got will help you cherish the memory (or lack there of) for many years to come.

His legend has lived on for centuries after as Christians, Pagans, Jews, and essentially everyone the world over uses his passing as an excuse to get liberally intoxicated and have fun with their friends and family. Irish or not it is a great day to wear absurd amounts of green clothing, drink green beer, and or get green in the face from drinking too much. Really, anything goes on St. Patrick’s Day because it is all about being yourself but acting Irish, all at the same time. I think that is what Charlie Sheen would refer to as …you guessed it, winning!