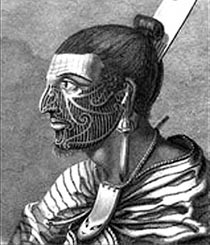 Actually the word “tattoo” has been originated from the Polynesian word “tatao” means to tap or mark someone and this word was found by the captain james cook in the year 1769. Today for creating the original tattoos it is very easy but in the olden days it was very brutal. In olden days in order to apply the tattoo on your body a pointed sharp comb was dipped in the lampblack and then it was moved on your body and this tattoo art history started spreading to the Europe also. The tattoo art history shows that the tattoos were used before five thousand years ago only and the modern technician have found that the proof of tattoos being found in Egypt, roman, japan and also in greek regions. The greek people used these tattoos mainly for indicating the slavery and also the mayas, Aztecs and incans are also were using the tattoos. The tribal people were using the tattoos mainly for indicating their symbol of the tribal religion. The tattoos have been used for different purposes in the different regions.

In the Egypt region we can find that the people were using the tattoos before building the pyramids only, the greek people used the tattoos for the transmission of the secret messages between their spies. The asian world people used tattoos for indicating that woman is coming for getting marry of your age near to you. 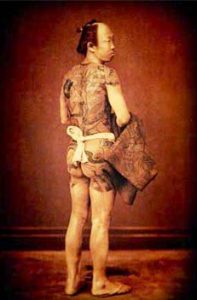 The japan people used it for the religious purposes as well as ceremonial purposes. The tattoos were also used to induce the sexuality in a person. The tattoos of Japan were prepared by the women of Borneo. The women of Borneo were the first to use tattoos to denote the status and place in life of the owner of the tattoo. The William dapher brought the tattoo to the south sea side, since he was a traveler and he started showing the prince giolo tattoos during the exhibition time and the people impressed by these tattoos and they too started buying the tattoos.

Before hundred years ago only these tattoos became famous in the United States of America and in the USA the chatam studio is the place where these tattoos took place and also the first most tattoo machine was invented in the America only by the Samuel o reilly and he also conducted the several class for others to teach them how to build the different types of tattoos. Thus the tattoo art history has spread its popularity all around the world in a very fast manner.