The History of Body Art Tatoos 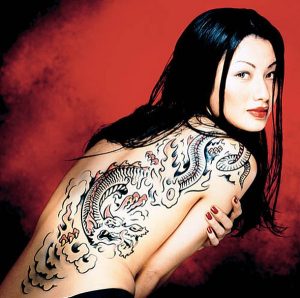 Throughout time, body art kept its position as a spiritual expression, and it also became an expression of social importance. Native American and African tribes used tatoos and body piercing to express beliefs and stature in society. Chiefs, for instance, had different body markings than an ordinary hunter or any other tribe member. Where a chief may have had a tatoo that symbolized power or resembled a god, a hunter might have had a tatoo that resembled a buffalo or some game he hunted. Piercings and tatoos were signs of accomplishment and membership.

Certain tatoos stood for positions in the community, and in some cases, every member had some type of body marking that indicated their status. For ceremonies, the elite class donned the trappings of their rank and power. Women in the tribes received a special marking for marriage, to signify they were a spouse. The chief had more tatoos and more piercings because of his stature in the tribe, and the older members of the tribe had more because of age. In many cases, the markings had high, religious significance.

As time progressed further, body art stayed as an expression of beliefs, but the beliefs and reasons for body art strayed from religion and community stature. Some Americans believe that body art grew in popularity in the 1960s as a revolt against the formalism of society. Along with that theory, some “flower children” used bodyart to demonstrate the incompleteness of all art. Some got tatoos to express love for another person, or to state a belief about an issue facing society. A quote in an article by Deborah Irmas states that “Tatooing has become an expression of art, a far cry from the times when it was viewed as a ritual of passage in ancient cultures”. Some men, however, got tatoos to demonstrate membership in a gang or group, much like the Native American and African tribes.

Body art is still used in ancient practices and to show status rankings in tribes like the Surma of Ethiopia. For example, in the Surma tribe, young boys still use lip plates. Lip plates are used to stretch the lips and indicate how many cattle a man’s family will receive from his bride’s family when they are married. The tatoos that women receive when they are married include symbols of prosperity and well-being.

Body art has lasted throughout history and is still important in society. The tribes of Africa keep old traditions alive by continuing to use bodyart, and Americans use body art to identify themselves and as a form of individuality. In a sense, as society has grown and changed, so has body art.